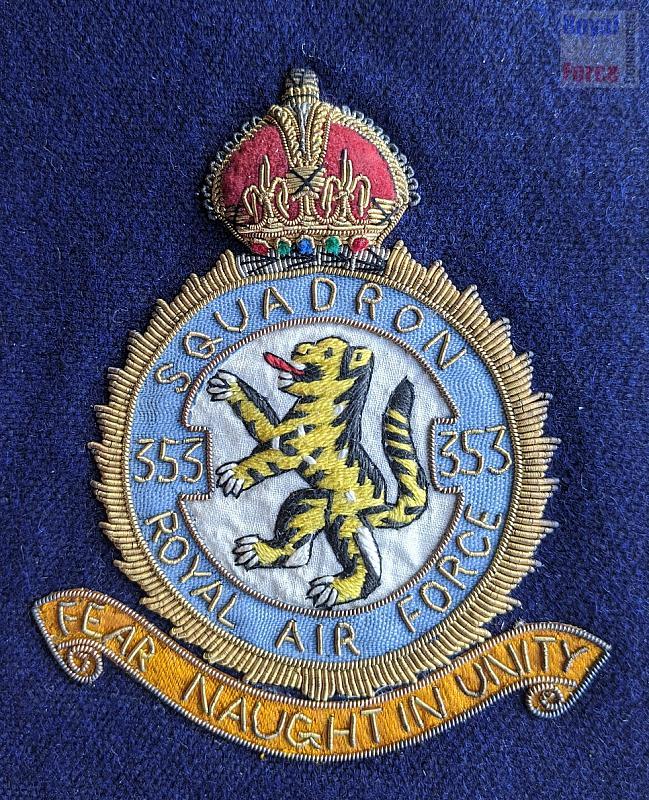 A genuine WW2 era embroidered Squadron badge – this one belonging to No.353 Squadron, Royal Air Force.  The badge was made by embroiders in Karachi.

The squadron was engaged in coastal patrols over the Bay of Bengal equipped with Lockheed Hudson aircraft. In August 1943 the squadron moved to Palam and was assigned to transport duties. From 1944 onwards the squadron re-equipped with Douglas Dakotas, and also operated a number of Avro Anson aircraft, which were replaced with Expeditors in January 1945. The squadron became fully Dakota equipped by April 1945, but disbanded at RAF Mauripur on 1 October 1946.

The squadron had 61 fatal casualties http://www.rafcommands.com/database/wardead/index.php?qunit=353%20Sqdn  during the course of its operations.

Aircraft Losses: To be updated.