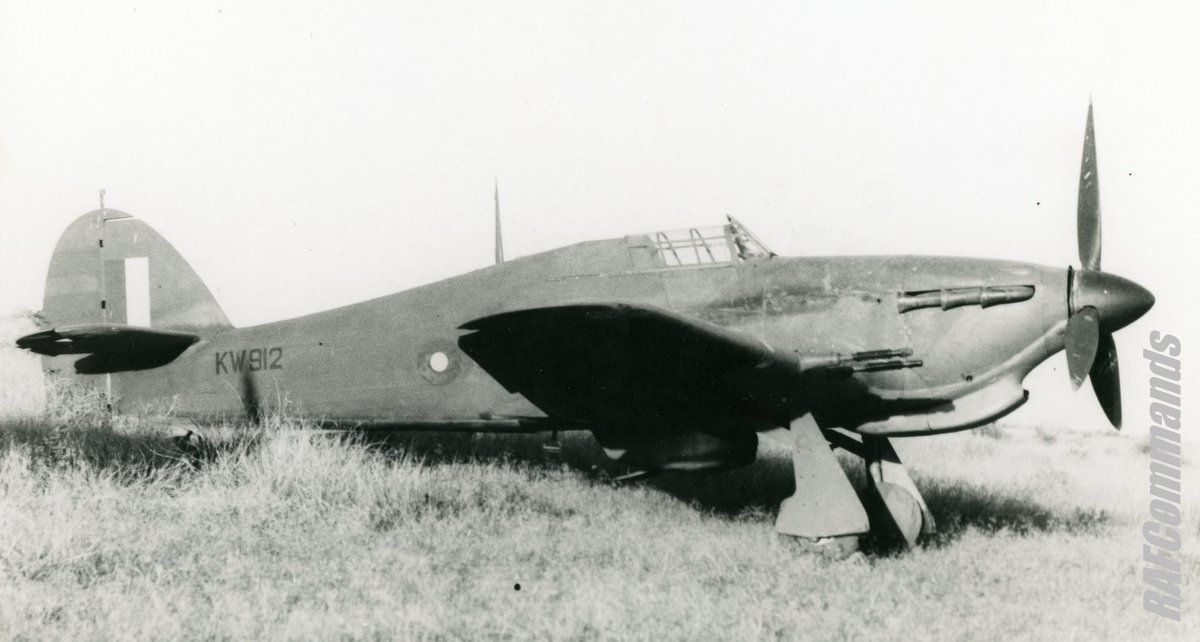 This is an attempt to build the first online “Database” for Hawker Hurricane airframes.  This is intended to be a crowd-sourced project so if you have an interest in this aircraft, please email the webmaster at admin AT rafcommands.com

The database can be accessed at http://www.rafcommands.com/database/hurricanes/

Consider the current state as a “Beta” version.

Overall, some 14,487 Hurricanes and Sea Hurricanes were produced in England and Canada.The majority of Hurricanes, 9,986 were built by Hawker (who produced the type at Brooklands from December 1937 to October 1942 and Langley from October 1939 to July 1944), while Hawker’s sister company, the Gloster Aircraft Company, constructed 2,750. The Austin Aero Company completed 300 Hurricanes. Canada Car and Foundry was responsible for the production of 1,451 Hurricanes.

What can you do with this data? you can figure out the “Mark” , search on partial serials, Get the “TOC” and “SOC” Dates,  Look up the “Details” page and see the recorded “Incidents” and “Accidents” against the serial, figure out the Country that the airframe was sent to or ended up with and a few other operations .. you could try looking up engine numbers too – less than a couple of dozen examples are populated in the table..

Multiple Researchers have got together to build this database. Prominent among them are Geoffrey Sinclair and John Engelsted. Geoff contributed the Mark wise data, the country shipments, TOC/SOC/WO dates.

Geoff notes the following about the data in the database:

Some notes, the ToC, SoC dates are taken from the RAF Serial Registers, Form 622, the copies I have are hand written, microfilmed, then scanned, so plenty of hard to read numbers and therefore possibly incorrect dates, the Form 622 originals are with the RAF Museum.  There are ambiguities over whether some airframes were IIA, B, C or D, currently the list was 3 more IIC and 3 less IID than the Ministry of Aircraft Production says were built.

The Engines, Mark I Merlin II or III, Mark II and IV Merlin XX, Mark V Merlin 27, Mark XII Merlin 29.  Other engines were for tests or trials only.  With the cancellation of the mark V the Merlin 27 became Merlin 25 for Mosquitoes.  The mark IIE existed as far as the Ministry of Aircraft Production was concerned but the RAF called the aircraft IIBB and IICB, with the second letter being B for bomber, with most IIB and IIC being converted to IIBB or IICB, the IIE were not early mark IV.

Canadian production, start by noting the Hurricanes built for Britain were incomplete airframes, hence why in 1941 the RCAF had to take Merlin III and propellers from Fairey Battles to make 30 Hurricane I operational.  In a letter dated 10 December 1941 from the (Canadian) Director General of Aircraft Production reported,

15 Sea Hurricanes already despatched for the east, 9 Sea Hurricanes tested and ready at Fort William while 26 Sea Hurricanes that were missing between them, 24 generator couplings, 11 pairs of wheels, 8 tail wheels (slave (CCF test) equipment can reduce this to 8 pairs and 6 tail wheels). The brakes, being magnesium alloy castings, and the wheels must come from England, generator couplings from Merlin 28 can be used. Some items of service equipment are also needed, “secret wireless device” etc.

Fort William has 60 mark IA airframes (explicitly stated can only take Merlin III engines), complete less wheels, brakes, tyres and tubes but needing engines, propellers, instruments, and all other appendix A Serial 1160 Embodiment Loan Equipment. The deficient equipment will have to come from Fairey Battles, including a cut down two pitch propeller.

The Mark II in production emerge from the factory in a similar state to the stored mark I. “require from England, wheels, brakes, air compressors and drives and couplers for same, hydraulic pump drives and couplings, airscrews and instruments”.

There are a total of 14737 Records in this database. Not all are for unique records. Many Canadian examples were renumbered to RAF serials and quite a few RAF serials were renumbered again..   There are atleast  242 individual aircraft Images are available taken from internet sources with the copyright information retained where possible.