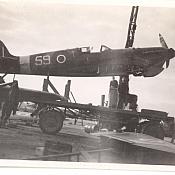 Paul King’s father, Irving Isaac Kremler was stationed all over Israel and Egypt during WW2 and he kept a war photo album. He died in 2000 and left behind the  photo album to Paul.  Kremler was with 108 squadron in 1942 as shown by a Chrismas Dinner Menu in the album. Rest of the photographs clearly show an association with a Repair and Salvage Unit in the middle east – especially Palestine.

The photograph collection has the usual scenes of aircraft being salvaged.   Two sub-albums are under the above – one on Spitfires and another on Wellingtons 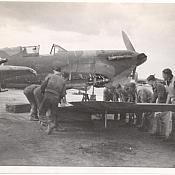 The second sub-album is the Wellington photographs. Several aircraft that crashed in and around Palestine in various states of salvage, repair and destruction! 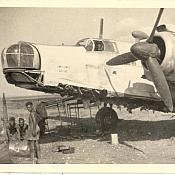 There are multiple other interesting photographs in the collection. Salvage of a burnt out Lockheed Hudson FH459, the salvage of a hurricane that crashed in an ocean etc. A total of 60 photographs can be seen in these albums.

Paul also sent in a four page scan of a middle east Air Force published news journal “Parade” which can be accessed below: 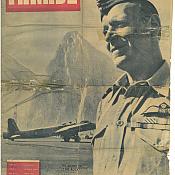