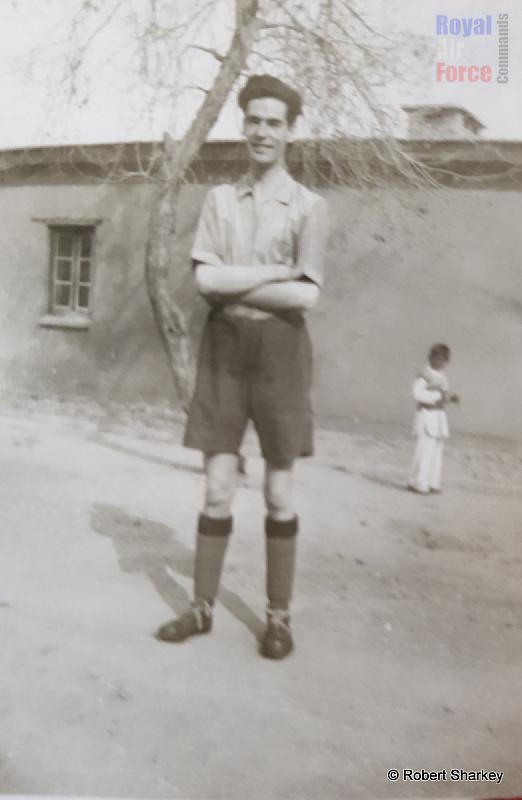 Robert  Sharkey had contributed several photographs from his father’s collection. His father, Jack Sharkey served with the RAF in India.

The several photographs indicate his service with No.151 OTU after it consolidated in Peshawar in 1945 and 1946. Several souvenirs and ephemera documents confirm the same as well. 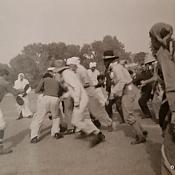 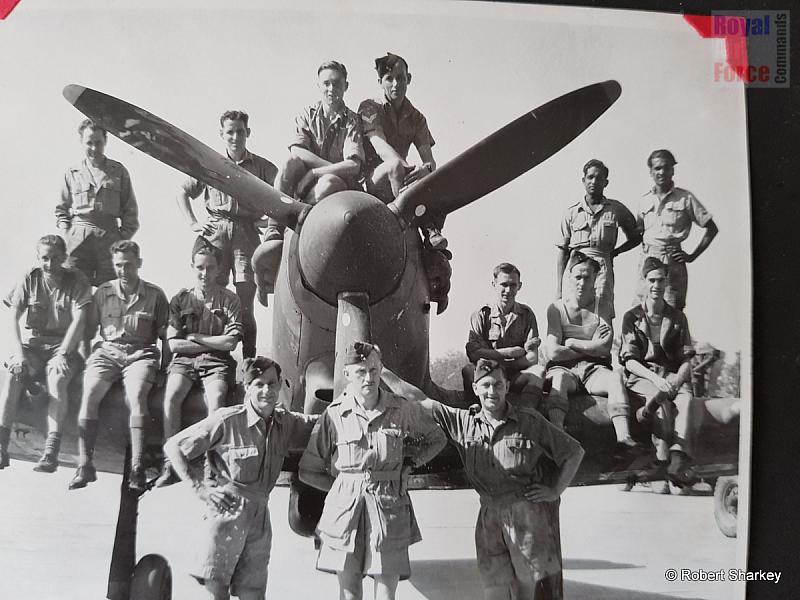 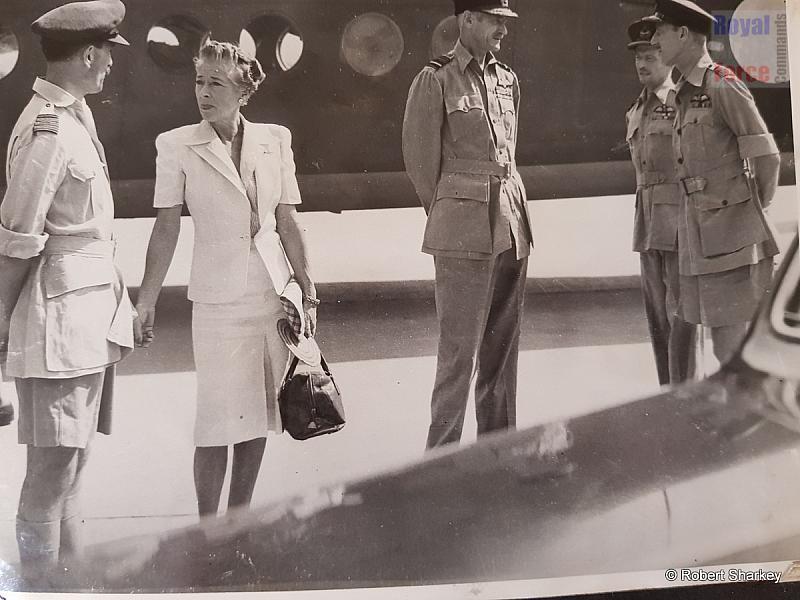 Visit of Air Marshal Sir Keith Park KDB KBE MC DFC to RAF Peshawar on the 27th and 28th of July 1945 . The AOC-in-C in conversation with the AOC 223 Group RAF and the OC NW Frontier Wing of the RAF. Lady Park to the left. 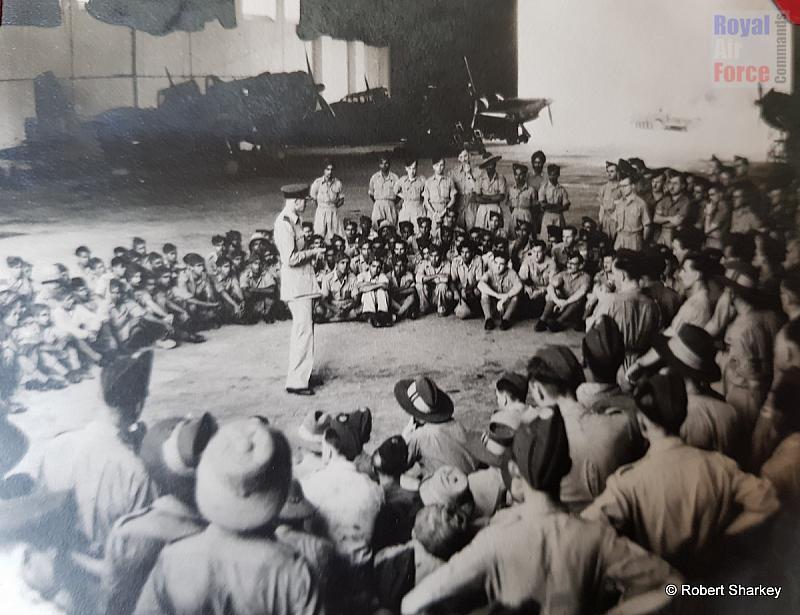 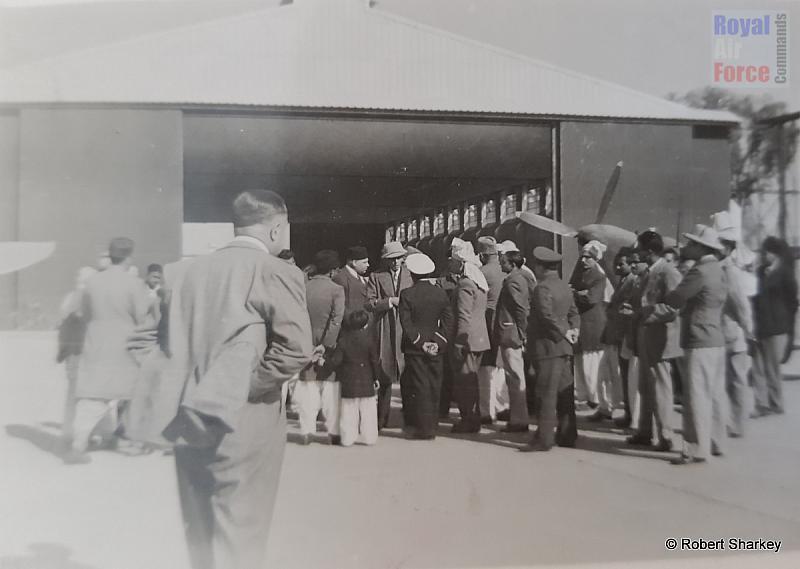 This photograph was taken in November 1945 when Mohammad Ali Jinnah (later the first Governor General of Pakistan) visited RAF Peshawar. He is greeted by various followers at the airfield. 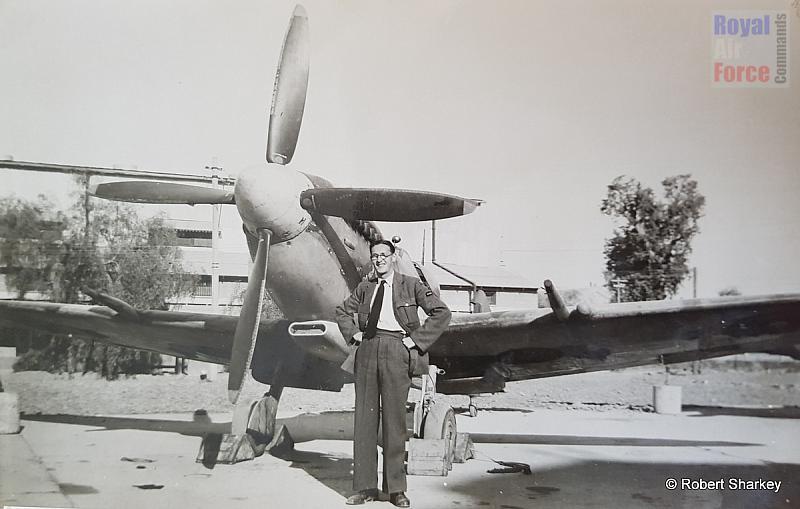 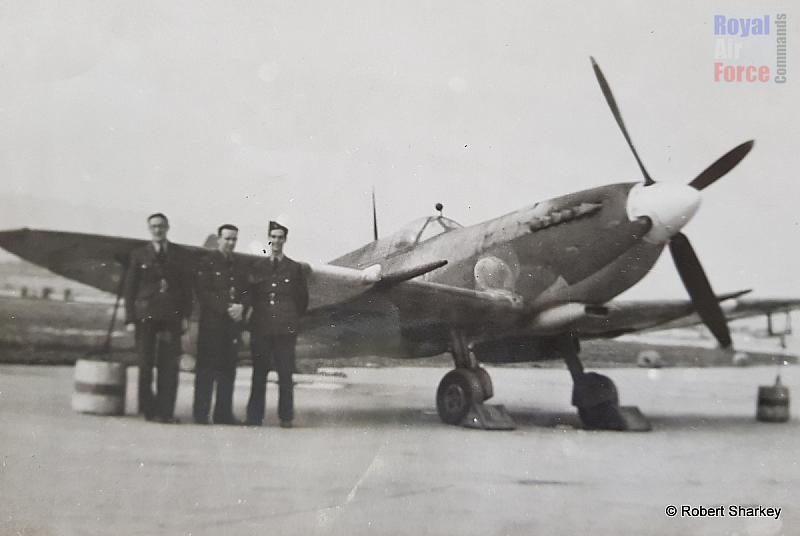 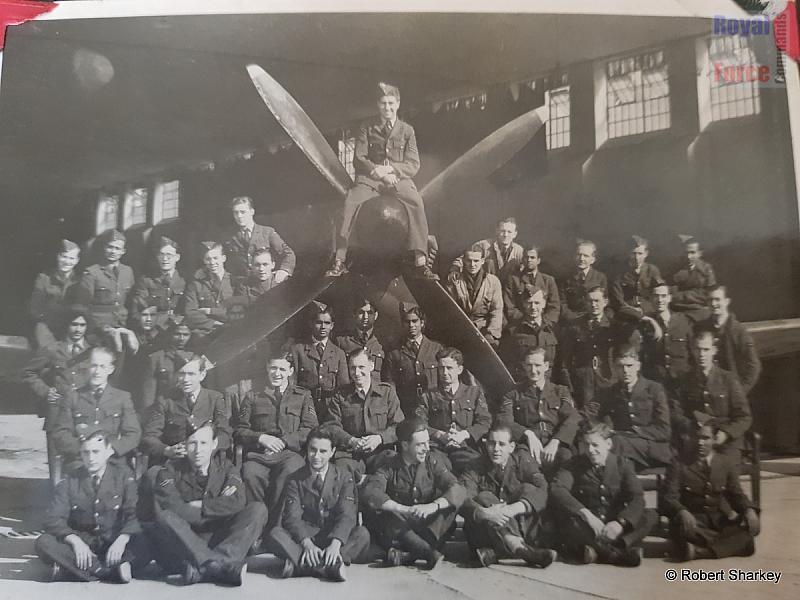 Another group photo of Indian Airmen with a Spitfire VIII. Jack Sharkey possibly sitting on ground 3rd. from right