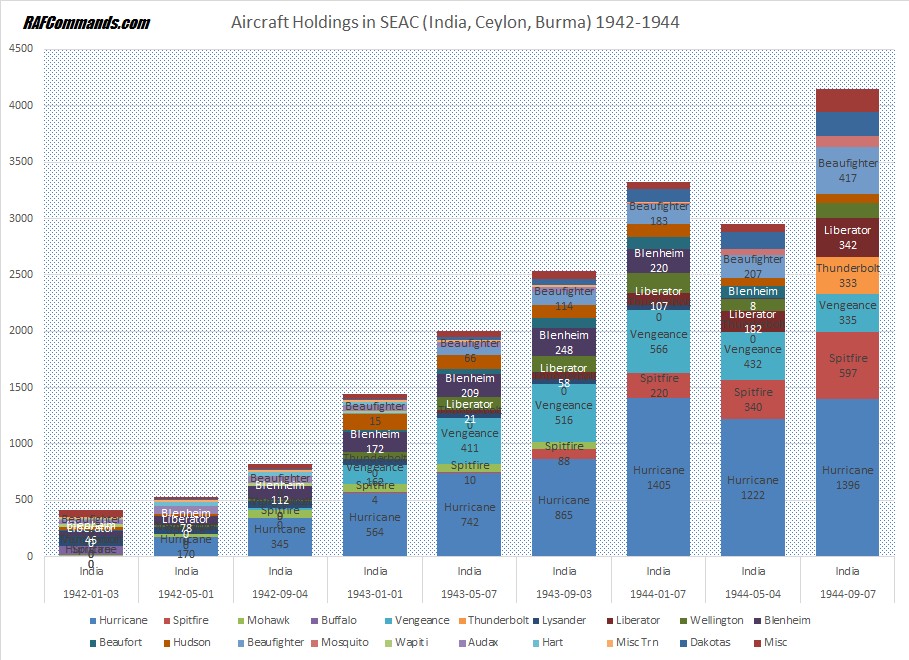 A very interesting chat that I made today to show the aircraft holdings of the RAF within India and Ceylon. The data is based on aircraft summary reports submitted by ACSEA HQ.

It seems that Hurricanes and Vengeance together exceeded half the strength of the RAF for a considerable period of time.

You can see by the second graph (100% stacked), that by 1944, just 3 types accounted for nearly 2/3rd of all aircraft holdings. These three types are the Hurricane, Spitfire and Vengeance.

One lesser known aspect was the high number of Beaufighters that seemed to have been sent to the FE, far outnumbering other types like the Blenheim, Wellington, Mosquito or Hudson.

Keeping these charts in mind, the next Aircraft that we should target for our attrition section should be either the Vengeance or the Beaufighter.