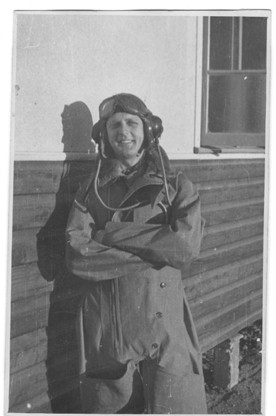 Peter Bowe has contributed a PDF document that is a transcription of the logbook and diary that belonged to his father. Leigh Bowes.  Liegh Bowes served in WW2 in Singapore and New Guinea as a fighter pilot in 253 and 76 squadrons.

The period covers the hectic days of the fall of Singapore and his escape from the Island as it fell to the Japanese onslaught.

Pete writes in the Introduction:

In the years before he died, Leigh Bowes loosened up with his memories of the war. Always a taciturn man – you will see that here almost immediately – he began to recount some of the more memorable days in detail over a restaurant table in Port Stephens one night, just a short drive away from 76 Squadron Base. It must have been the fish, or the P40 that flew overhead earlier that day. During this time he game me both his Service Diary and his RAAF Flying Log Book, with instructions to send them both to the  Australian War Museum as soon as this is done. There are many names mentioned in here, names from his days in the 453 Squadron Buffaloes fighting in Singapore and  Malaya, to the 76 Squadron Curtiss P40’s fighting out of Noemfoor, and he did indeed like flying the Kittyhawk. Leigh read this, in an earlier and rawer format: his service diary in particular. He said “it opened a few hanger doors.”