The Hindustan Glider G-1 was built by the Hindustan Aircraft Limited in Bangalore, India.   Details from the bok by James Mrazek

The G-1 was designed in 1941 and 1942 and was a ten-seat semi-monocoque wooden glider.[1] The fuselage was covered with 2-ply molded plywood with the rudder and elevators fabric covered. The single-spar cantilever wing had spoilers on the upper surface.[1] The cockpit had dual controls for a pilot and co-pilot in tandem and the enclosure had framed transparent plastic panels for increased visibility, the cockpit enclosure could be removed to allow access and was jettisonable in an emergency.[1] The rear fuselage had room for eight passengers with a large door on the right-hand side, the plastic windows in the fuselage had gun ports to allow the troops to fire rifles during the flight.[1] One prototype was built with parts produced for a further ten gliders, only the prototype flew and the other ten were not assembled

The photo in this page comes from the archives of HAL – and while the photos of the glider have been around for a while, the fascinating part is that this Glider carried an officially allotted RAF Serial.  As with Murphys law of aircraft serials, the serial is partially obscured but does offer a clue that it is  a HW— number, possibly 600s, 800s or 900s. 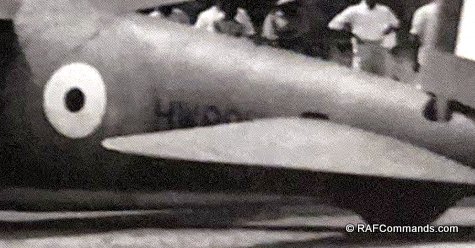 Air Britain’s RAF serials offers a clue – it mentions that serials HW885-909 and HW942-986 were ‘allotted to Gliders built in India, but never used’.

Well, that now seems to be wrong, isn’t it? Atleast one has been built with that serial – and our guess is that its HW885. What do you think?

PS: We are not the first to examine this bird in detail – Raul Hrubisko the prolific modeller had already attempted it here : https://uamf.org.uk/viewtopic.php?p=205616#p205616

And he did nail down the serial of the G-1

Raul has provided the source on how he arrived at the serial and it is a much better and authoritative source than previously seen. In 2001, Gp Capt Kapil Bhargava of the Indian Air Force published this article int he Indian Aviation Magazine and the article had a very clear photograph of the Glider G-1 with the full serial on display.  The writeup is reproduced here as well 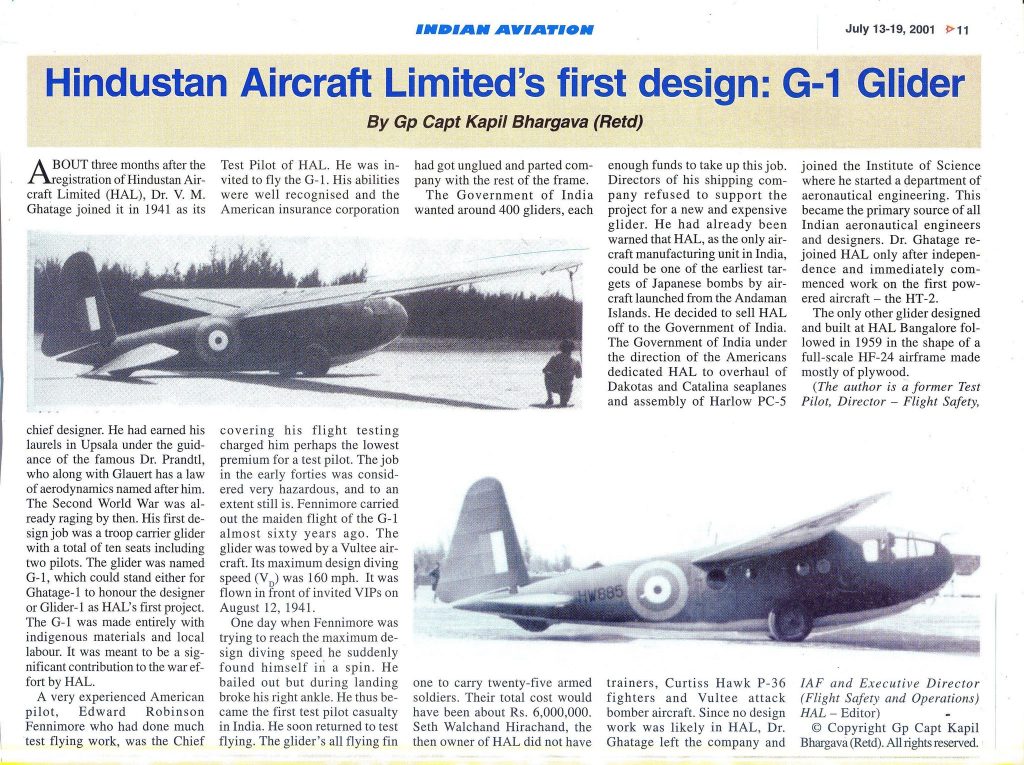