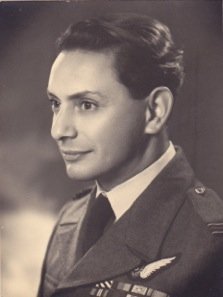 Just when you think you knew everything about Indian Origin personnel in the Royal Air Force, one stumbles upon yet another instance of ‘Indians in the RAF’. This is Krishna Dandeker , a DFC Awardee from the Second World War. Krishna Dandeker earned his DFC as an Air Gunner with the RAF Bomber Command.  To cap this story, he had another brother – Arjun Dandeker who also happened to serve in the RAF in the Second World War!

The story of the Dandeker Brothers starts in 1883, with the birth of Parasharam Vishvanath Dandekar in Nagpur.  Not much is known about Parsharam’s family. It is left to speculation that he came from an affluent family, for at the age of 17 he made the voyage to England in 1900 and arrived at Birmingham.  Perhaps he came to study, or maybe he remained in search of a vocation, what is clear is that he never returned to India. He settled in England  and made the country his home.  Then he did something unusual. He fell in love and married an english lady – Mabel Floretta Eveline Barnard.  In the early 1900s , a native of India marrying an english lady in England was unheard of, and then it is left to wonder what may have transpired at the time of marriage.

Mabel Dandeker gave birth to a son at Aston in 1918, and he was named Krishna.  He was followed by the birth of a second son, who was aptly named Arjun.   (The choice of names for Krishna and Arjuna is explained here )

Krishna Dandeker joined the RAF and trained as flight crew, qualifying as a Wireless Operator/Air Gunner.   He was soon flying with No.51 Squadron RAF.

On 29 Sept 41 , He was on a bombing operation in WhitleyZ9144, piloted by Plt Offr Potter (Crew Plt Offr Potter, Towsey, Sgt Wootton, Sgt Brandshaw, Sgt Dandeker. )   . The Aircraft took off at 1847 and attacked Stettin. The Starboard engine cut over target area and bombs fell on edge of town .  Aircraft returned to England and crew baled out near Catfoss due to petrol shortage.  Potter crash landed at Catfoss 0515.  All the crew were recovered including Dandeker – who however broke his ankle on his descent.

This bale-out would have made Krishna Dandeker a member of the Catterpillar Club.

After recovering from the injury, Dandeker returned to ops in March 1942.

The ORB excerpt from National Archives is shown below: 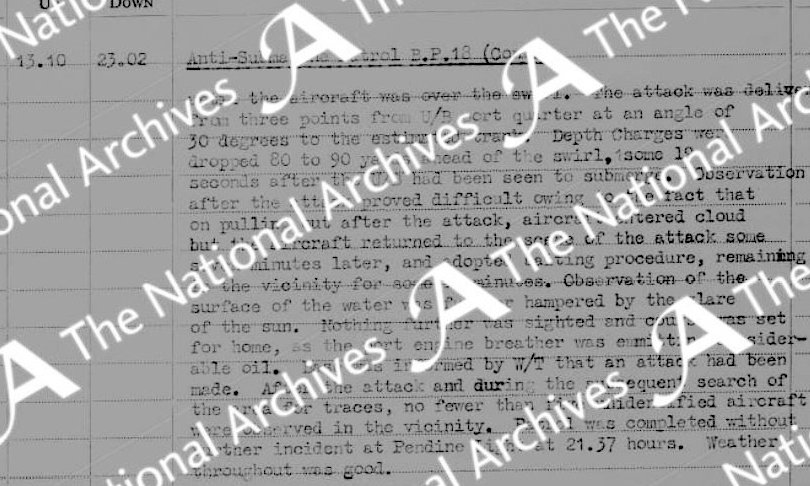 Six months later,  Krishna Dandeker got commissioned on 6 Jan 1943 as a Pilot Officer in the RAF.

In June 1943, his DFC was gazetted for his service with 51 Squadron. The citation while not published, can be readvia a press release:

“This officer has participated in bombing and anti-submarine patrols. On returning from his first operational sortie he had to leave his aircraft by parachute while over the United Kingdom and broke his ankle. Although out of action for four months as a result of his hazardous experience, P/O Dandeker’s enthusiasm for operational flying remained undiminished, and he completed a long and praiseworthy tour of operations. ”

Krishna Dandeker stayed  on in the RAF after the war.   He became a Flight Lieutenant on 4th Jan. 1951.  He went on to attain the rank of Wing Commander before retiring on his own request on  1st Jun. 1972.

“Sqn Ldr K Dandeker posted to HQ 38 Gp Odiham as Gp Sigs O as A/Wg Cdr 1 Nov 65. When I joined 38 Gp he would probably have been titled G Elect Eng. G Elect Eng amongst other things had, under his control, the RAF Tactical Communications Wing (TCW). In TCW there was an Airhead Comms Sqn, within ACS was a small Flight that looked after Tac ATC and Mobile Met Unit comms. This is where I came across him!! Promoted full Wg Cdr 1 Jul 67. “

The Dandekar brothers actually married sisters Yvette and Yvonne ..in 1943

Thanks to Peter Davies and Nick Dandeker (Krishna Dandeker’s son)

Original Research carried out in 2014