The photographs on this page are from the collection of Peter Arnold* – The photos are of various aircraft during the  “Victory Week” Display in New Delhi. Victory Week was conducted on 9 March 1946, and featured a gathering of aircraft at Safdarjang airfield, right next to the Safdarjang Tomb.

Peter acquired some of these photos from ebay – and we have added other photos that we have had from other sources on  aircraft that belong to Victory Week.

The first image in this series is Fairey Barracuda PN121 – an unusual type to be found in the northern environs of New Delhi. The Barracuda was operated by Fleet Air Arm Squadrons operating in southern India and over the Indian Ocean, and very few photographs exist of the type operating on the Indian mainland. 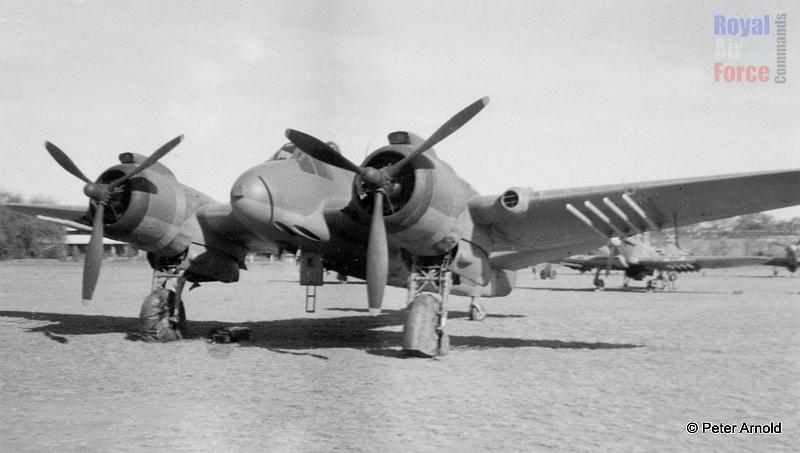 An unidentified Bristol Beaufighter – with rocket rails . The aircraft tires protected by covers from the blistering mid day sun. In the background a Hurricane Mk IV can be made out – more on that later. 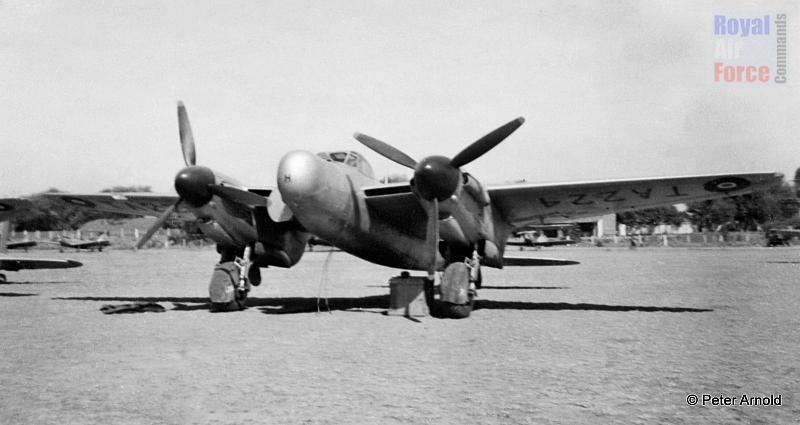 A De Havilland Mosquito TA224, which was a NF XIX variant. It was struck off charge 26th September 1946, about six months later. In the far background a low wing trainer can be seen – possibly a Fairchild PT-26 Cornell 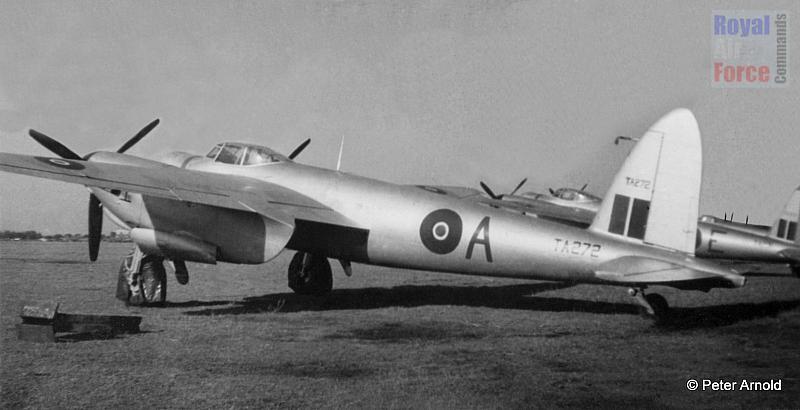 Another Mosquito  – TA272 – again, radar equipped NF XIX  variant of the Type C.1 roundel on the fuselage. Not much is known – but it was struck off charge in September 1946. 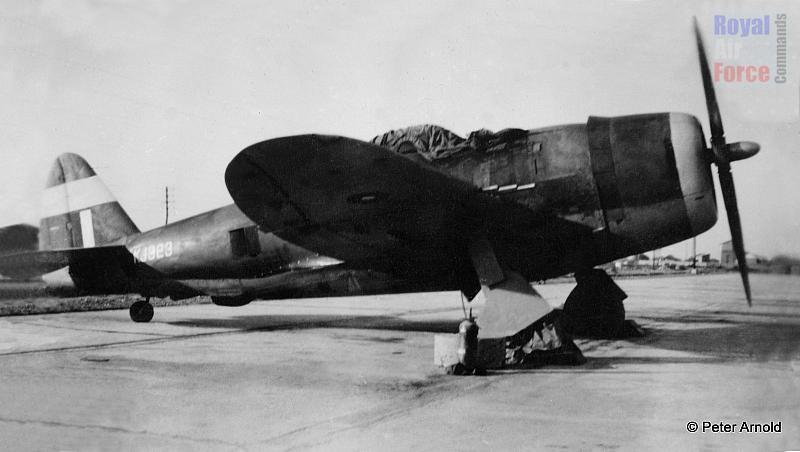 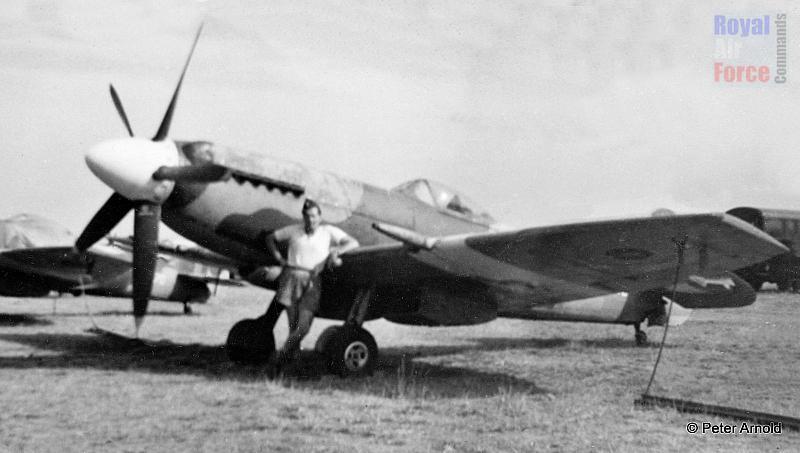 Spitfire XIV – Unknown serial – identifiable by the Clipped wings and bubble canopy, and painted with SEAC Stripes , with another Mk XIV right next to it. 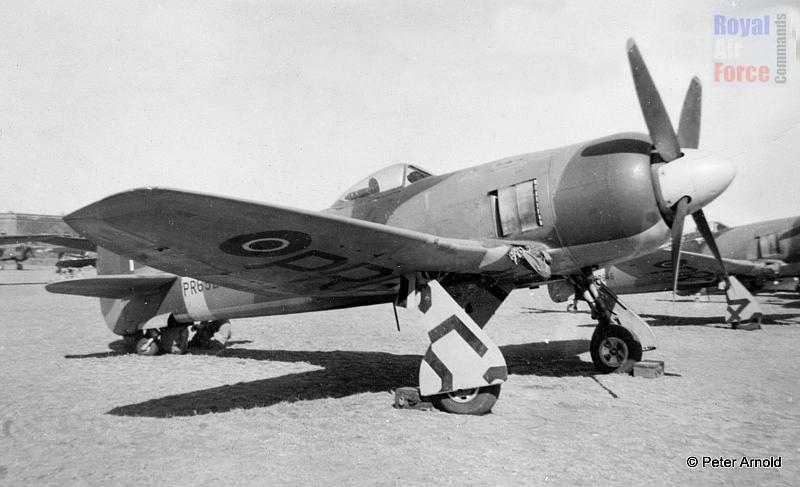 Hawker Tempest II PR652 – also seen in the photograph below arriving at Safdarjung. Displayed next to another Tempest II possibly PR 646 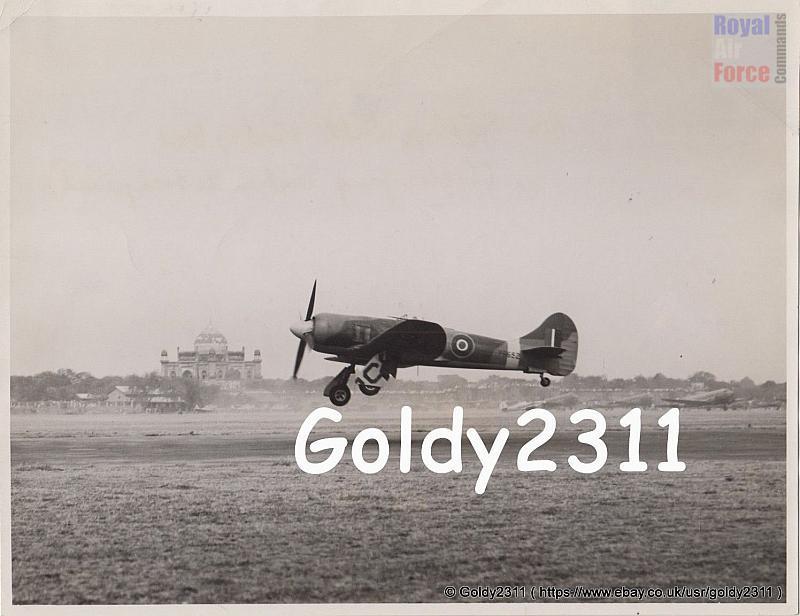 This photograph taken from a listing by seller Goldy2311 on Ebay, shows   Tempest II PR652 arriving at the airfield. in the background, a Hurricane can be made out. PR652 later went on to serve with the Indian Air Force  – continuing service beyond the Indian Independence year. 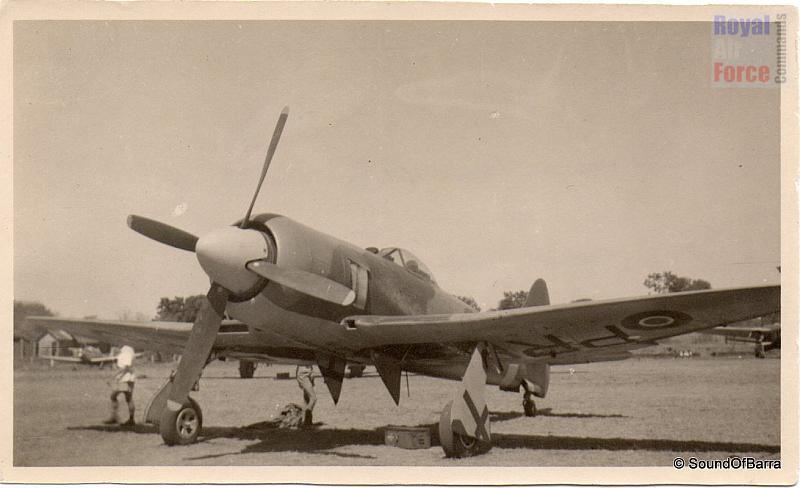 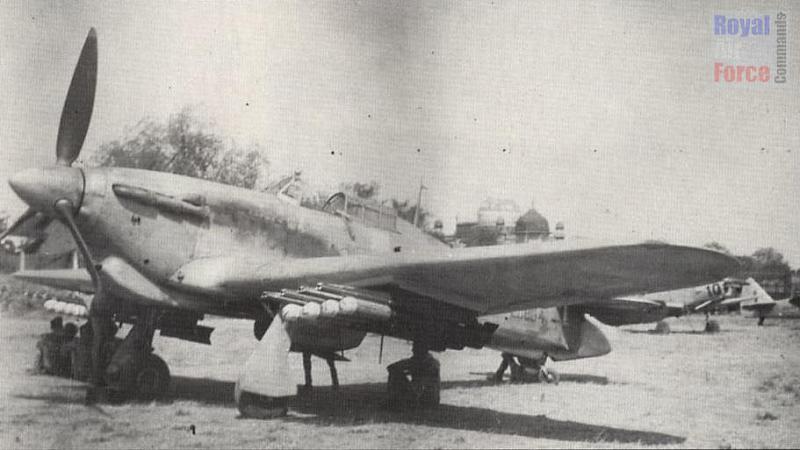 From an unknown source, possibly scanned from one of the Aero magazines is Hurricane IV (possibly) LD864, armed with Rockets. In the background can be seen a Fairchild Cornell and a Harvard Trainer. Not much is known except that Air-Britain shows the aircraft as SOC on 8 October 1946. 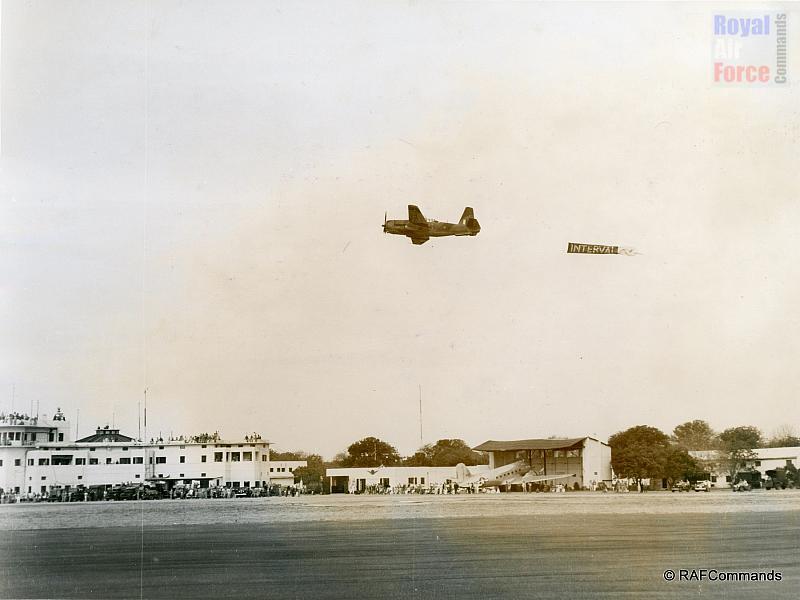 A Vultee Vengeance Target Towing aircraft tows a Banner with the word “Interval” in the middle of the Air Display. The Vengeance probably belonged to No.22 AACU, IAF . Close up of the aircraft reveals its identity as FD354 . The Black and Yellow stripes painted on the underside of the wings can just be made out. 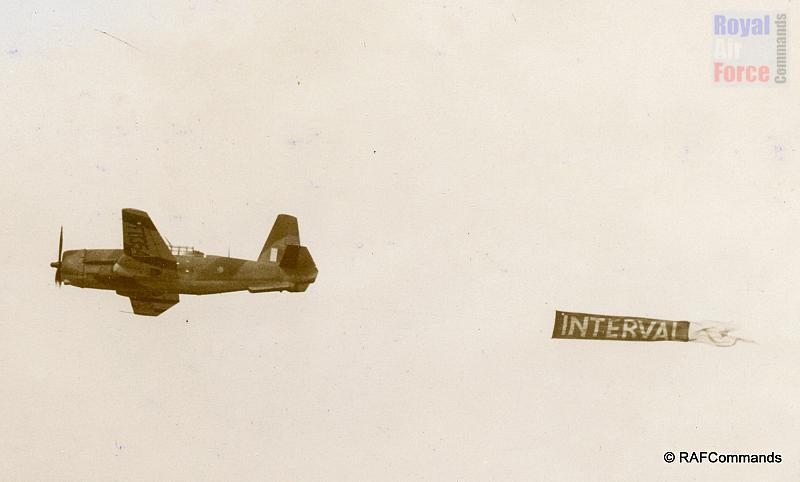